The Story of Hanna – A letter from her mom 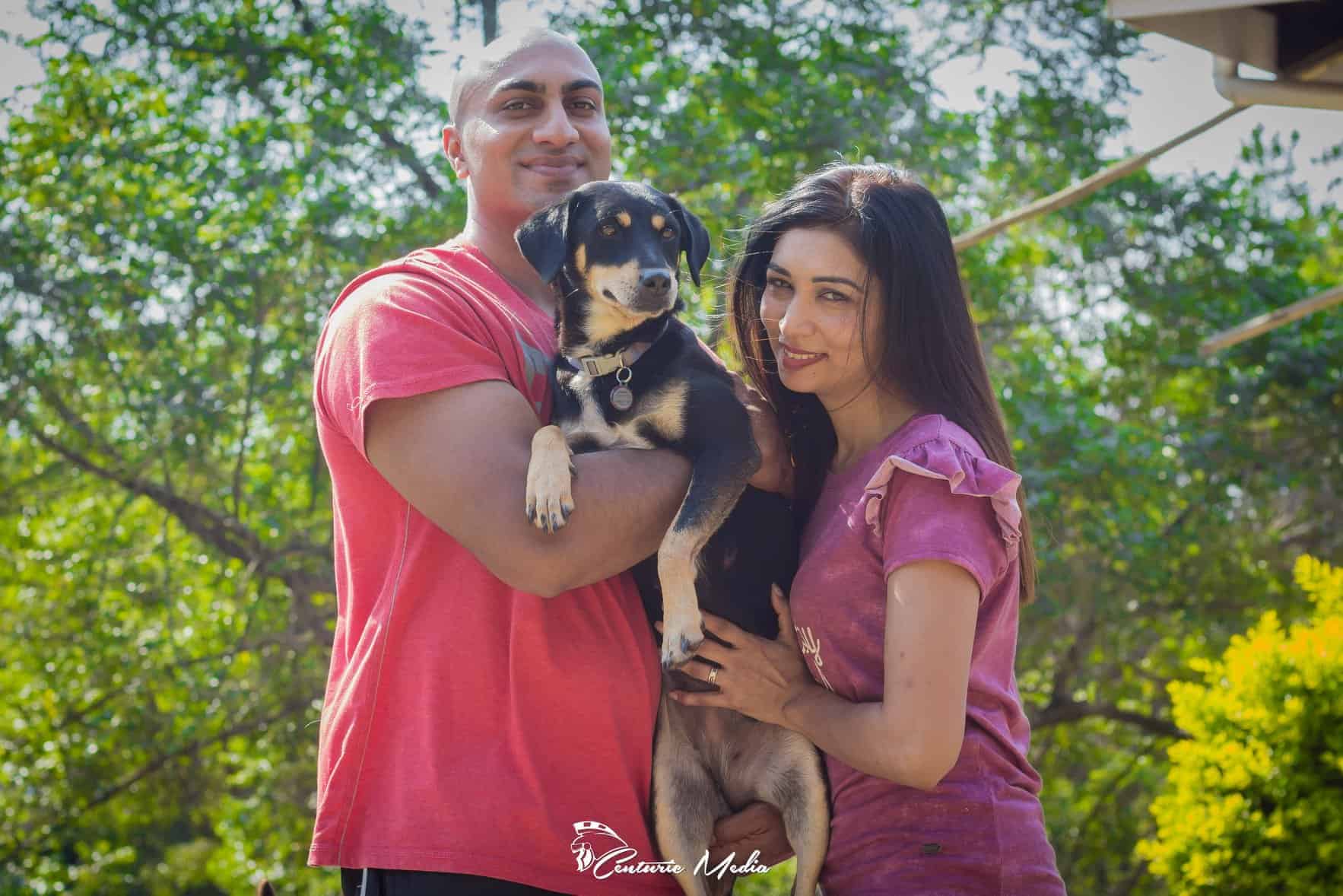 The Story of Hanna – A letter from her mom

In June this year a group of us travelled to Mauritius on vacation. We were shocked to say the least about the way animals are treated in Mauritius. The Island has hundreds of thousands of strays. Dogs are starved, severely ill, almost every female we saw was pregnant or just had pups.

Along the beach of the hotel, we met our Hanna (we later named her). She was a gentle soul & wondered alone along the beach. In hopes of getting fed, the hotel has a strict no feeding policy. 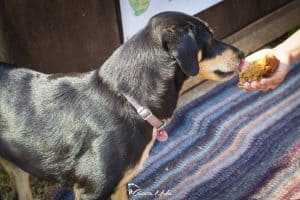 Hanna would sneak up on guests & just sit alongside of them, possibly pretending she had owners. We began smuggling food from the buffet, & after meal times, I would go back to my room and she would follow me.
She would be fed on my balcony. Every night she would sleep on my balcony, we tried convincing her to come into our room, she resisted, possibly due to experience with hotel staff and security and needing a quick escape. Many evenings hotel security would shoo her away from our balcony. 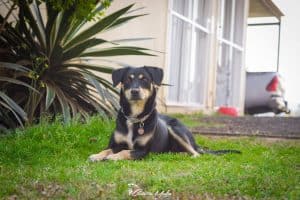 The bond between us and Hanna grew. She began waiting for our return after our daily activities and would accompany us on walks on the beach & every evening sleeping on our balcony. We panicked before our departure. We made a deal with two hotel staff to keep an eye on our Girlie who we named Hanna (we got her a name tag so she would be easily recognized). After a heart sore goodbye, we returned to SA, keeping in touch with the people from the hotel, we did our research and embarked on the crowdfunding and procedure to bring Hanna to SA. 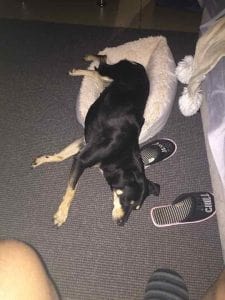 Exactly a week after we left the Island, Hanna was picked up and taken to a vet, where she was microchipped, sterilized & vaccinated. The vet arranged a private foster for her till she was able to fly. Her bloods had to be sent to the State Vet in SA and results sent back, arrangements needed to be made. We continued in our fundraising champagne and 53 days after leaving the island, we were reunited with Hanna. She immediately remembered us and began to calm down at the airport. 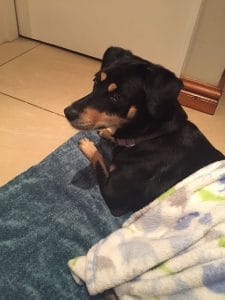 Hanna has adapted well, and is a joy to have. Loves her food and playtimes, and loves napping on the couch.
Shes even started kissing us, which she never did before. Hanna is home. We were not planning on getting another dog as we own 4 others, Olaf, Elsa, Anna & Roxy, but we fell in love with Hanna and we needed to show the world that anything is possible. We so often say we coming back, we going to make a difference but seldom do. We return home and soon forget what we saw.

While awaiting Hannas test results, we created Paws in Motion and managed to get 6 dogs rescued, from a nearby park of our hotel. We would feed them daily even bought a large amount of dog food and asked park caretakers to feed them.

Our team includes : Gavin & Lilisha Chetty, Nishana Maharaj & Niven Deonarian (founding members of Paws in Motion). We continue to raise funds to pay for the dogs we had rescued and work closely with a few rescue
organisations in Mauritius and assist financially with the cases they deal with.

A special thanks to the PETport team for all their help and guidance.. most importantly, for getting Hanna back home to us!! Our family is complete again.

Our backabuddy link is as follows :
#StraysOfMauritius :: Champion Page | BackaBuddy

Our team of friendly experts are waiting to help

Visit the countries page to find yours and learn more.

Find awesome listings near you!